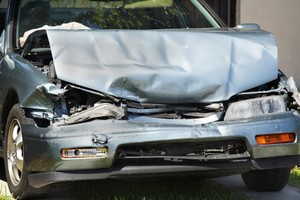 END_OF_DOCUMENT_TOKEN_TO_BE_REPLACED

In some Maryland auto accidents, there is simply a limited insurance available. We see this frequently in bus accident cases and collisions involving multiple vehicles. If there are many people with injuries, the at-fault driver’s insurance policy may not be large enough to pay for those injuries. How is the money divided up?

An example fact pattern will help to explain this. Let’s say you are on a bus, which is hit by distracted teen who is texting on her cellphone. The teen driver has the lowest possible MAIF insurance–a policy of $30,000 per person, and $60,000 per accident in liability coverage. That means that her insurance company will pay a maximum of $30,000 for each victim, with limits of $60,000 to pay to all victims in a single accident.

END_OF_DOCUMENT_TOKEN_TO_BE_REPLACED 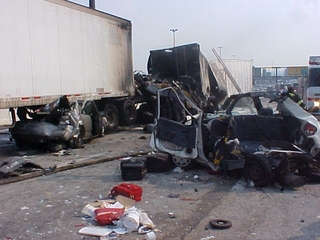 A permanent injury lawsuit is different from a garden variety injury case. In most cases (which are typically filed in the district courts), there is a car accident, an injury, discrete treatment for a up to about 6 months, and then the victim has fully recovered. In a permanent injury lawsuit, however, the victims will never recover, and will continue to have the effects of the accident for the rest of their lives.

Those effects may include an inability to work, or need for a lifetime of future medical or nursing care. The way we prove these to an insurance adjuster, judge or jury is through experts.

Common to most of these cases are the types of experts that required to prove the claim. These experts will typically come to trial and testify directly in front of the jury, or else their testimony will be recorded a few days or weeks before the trial, and played back before the jury.

END_OF_DOCUMENT_TOKEN_TO_BE_REPLACED

As a nation, we are concerned with ambulance-chasing lawyers, frivolous lawsuits, and the increased costs of doing business. Much of the dialogue, however, comes from insurance companies, big-business, and soundbyte-seeking media.

Of course, lawmakers get into the act. A North Carolina bill recently proposed limiting lawsuits under certain circumstances, including limits to “a company’s liability if it developed a product under government-approved guidelines.” Interestingly, this would appear to apply to drugs approved by the FDA. Most people believe that the FDA independently researches, studies and evaluates drugs submitted for approval. However, the FDA typically only reviews the research submitted by drug manufacturers, and does not have the resources to perform much more.

Furthermore, the goal of reducing frivolous lawsuits–those lawsuits without merit–would not be realized. Instead, it would reduce all lawsuits in these areas to an absolute zero. A quick review of harmful drugs and devices over the past few years demonstrates that people were truly injured by dangerous drugs–pain pumps, Accutane, Granuflo, Baycol, Rezulin, and Fen Phen, to name a few.

END_OF_DOCUMENT_TOKEN_TO_BE_REPLACED 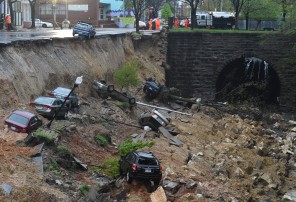 I lived in Charles Village for most of Maryland life–we recently moved to Hampden, but Charles Village was where I lived during law school, two apartments, my first new home, and the infancy of our oldest daughter.

By now, everyone knows about the collapse of the street at 26th Street between Charles and St. Paul streets. My wife called that area, pre-collapse, the most beautiful street in Baltimore. The rowhomes are idyllic, the greenery is perfect, and the whole area feels like a little island placed in the middle of Baltimore City. But now, it’s just chaos.

Residents have lost cars, and have been evicted from their homes while the City and CSX try to figure out what happened, how safe it is, and what needs to be done to get everything repaired. Locals will tell you that it’s too little, too late, and that there have been several complaints made over the years to the City and to CSX officials. The general consensus is that repairs to cracks have been piecemeal and little more than cosmetic fixes. Right now, the estimate is that residents will be displaced for about 40 days. There is a program to help ease the transition, but it’s certainly inadequate. There have been reports so far that automobile insurers are denying coverage for vehicles lost in the street collapse.

END_OF_DOCUMENT_TOKEN_TO_BE_REPLACED

The final piece of the puzzle is the attorneys’ fees. Attorneys’ fees don’t have anything to do with the full value of the case, but they have more to do with your take-home–with the final net value of your settlement.

There are a number of different types of attorneys’ fees for other types of legal claims. In criminal and family law cases, it is not uncommon for the client to provide a retainer fee, and then to be charged hourly for work done. Some types of cases are paid by a flat fee–a predetermined amount of money for a specific project.

Most personal injury cases use a contingency fee. This means that you do not make any up-front payment to your lawyer–in fact, you will never write your lawyer a check. If the case is lost, you will not owe your attorney for expenses. In this way, there is no financial risk to you of bringing a claim.

END_OF_DOCUMENT_TOKEN_TO_BE_REPLACED 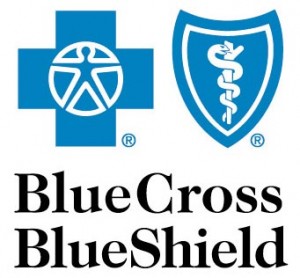 Payment of your medical bills is an important issue in a Maryland automobile collision case. There are a few possibilities:

The reason payment of medical bills is important is that you will get one dollar in your pocket for every dollar already paid, after taking into account case fees and attorney expenses.

Also, there is a rule in Maryland called collateral source. This means that the negligent driver’s insurance company cannot avoid paying your medical bills at settlement simply because those bills have already been paid by PIP, health insurance, or any other source. If the bills are reasonable and caused by the accident, a negligent driver is typically going to have to pay for them. There are good policy reasons behind this–the negligent driver should be punished, and should not receive the benefit of your preparation. If you pay health insurance premiums, and that reduces your medical expenses, it would be unfair for the defendant to reap the advantages.

END_OF_DOCUMENT_TOKEN_TO_BE_REPLACED

Personal injury protection (PIP) is insurance that comes from the car you are in when you are hurt. It is sometimes referred to as no fault, and if you have PIP coverage it will provide benefits regardless of whether you caused the accident, or the accident was caused by someone else. It is also quick–in most cases, you can start to recover money from a PIP policy within 30 days after you submit the documents to the insurance company. Those documents might include an application, lost wage statements from your supervisor, medical records and medical bills.

How do I know if I have PIP?

In most cases, if you are driving your own car, and you have insurance coverage, your insurance company will provide you with PIP benefits.

END_OF_DOCUMENT_TOKEN_TO_BE_REPLACED 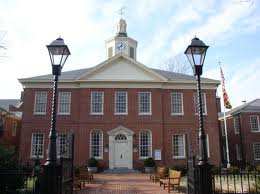 Your auto case value is affected by the courts and counties where you are permitted to file the lawsuit. The reason is that (1) some courts have different limits on the amount of money you can recover; and (2), in general, the decision makers (judges and juries) have attitudes toward personal injury cases that makes them more or less likely to give a favorable verdict.

You might wonder why the court, judges or jury matters–after all, if you are seeking a Maryland car accident settlement, you won’t go to trial, right? Well, it matters for a couple of reasons. First, not every case settles. Sometimes the other side will deny that they were negligent, or they will deny that their negligence caused you harm, or they will claim that your injuries (damages) are not as extensive as you think they are. If they won’t settle your case for what you think it’s worth, the only other choice you have is to file a lawsuit.

Second, even if your case will settle before a lawsuit is filed, the insurance adjuster should know about where you can file suit. Savvy adjusters will understand that the value of a case that can be filed in Prince George’s County is likely higher than a case that can only be filed in Allegany County. That adjuster’s perception of the attitudes of the decision makers will reflect the value they place on your auto collision case.