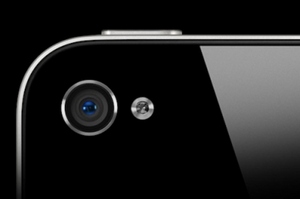 With smartphones everywhere, Maryland accident victims have the ability to record and document almost every aspect of an accident, almost in realtime. It’s no surprise that witnesses in auto accident cases are scarce, negligent drivers frequently lie about what happened, and testimony in at trial is inconsistent. So what’s a judge or jury to do?

Ideally, the judge or jury will have the opportunity to look at the vehicles, the accident scene, and overhead maps of the collision site. People involved in a collision should take pictures of their cars, the other driver’s cars, and important landmarks that show where the accident occurred. Those photographs should include close-up shots, and wider views (you’d be surprised how hard it is to determine what a narrow angle shot shows). Pictures of the damage are important, but so are pictures of non-damaged areas.

What do these photos show? They can help a judge or jury to determine the exact area of impact, that is, where the cars came into contact. This can be crucial to determining who was at fault. They can help to show how bad the collision was. To be fair, though, the extent of damage does not always correlate with actual physical injuries. We’ve all seen people walk away unharmed from serious accordion-style wrecks; and we’ve also seen people require multiple surgeries from mere “bumper-tap” cases. But, high damage will almost always help in an effort to secure damages.

One more thing–don’t just take pictures of the things, take pictures of the people. If the negligent driver claims he was not there, a picture will help prove he was there. If the negligent driver claims that he had others in the car with him–photographs will help to show that his car was empty. If a bystander saw the collision–photographs will help your investigator find him.