The ongoing saga of one woman’s pursuit for justice against Honda is finally at an end. Heather Peters opted out of a class action lawsuit, and took her case to small claims court in California. She alleged that her Civic Hybrid did not receive anywhere near the gas mileage as claimed by Honda; and that the vehicle was harmed by software updates. She prevailed at the small claims court level, with a verdict of $9,867.19.

Honda appealed the decision to the Superior Court, where the court heard the case from the beginning (called a de novo trial). A three-day trial was held. Honda convinced the judge that Honda was permitted to advertise the EPA-approved gas mileage numbers, even though the numbers were later adjudged inflated by the EPA. Interestingly, the Court found that “[t]he majority of users report mileage very close to the EPA estimates.”

In her press release, Ms. Peters commented that:

END_OF_DOCUMENT_TOKEN_TO_BE_REPLACED 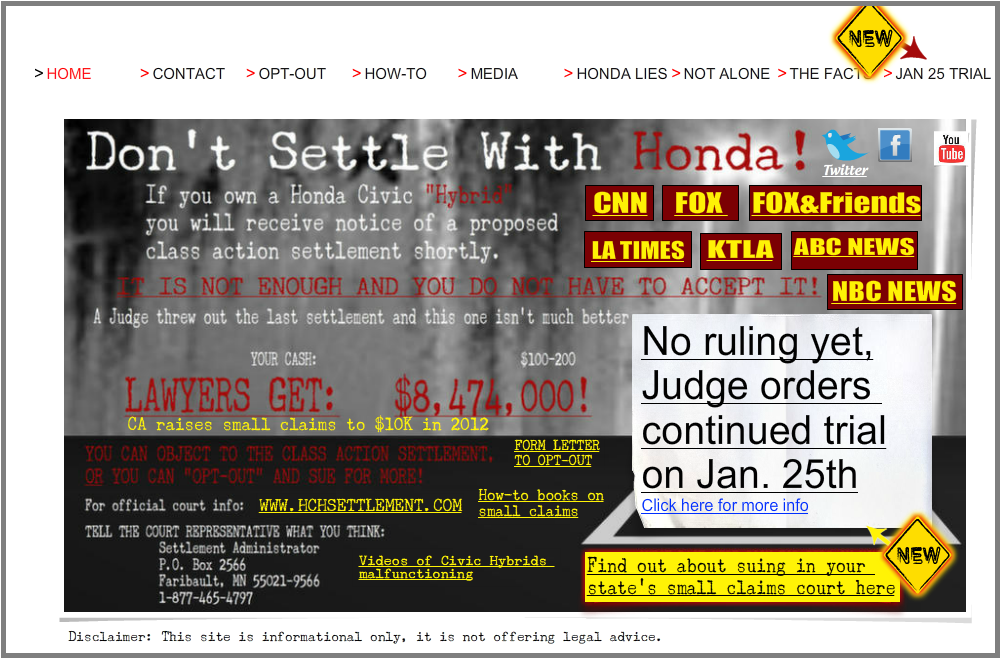 Hop on over to our other blog, Charm City Lawyer, for a series on the product liability lawsuit brought by one consumer against Honda over problems she had with her Hybrid. The judge just issued an opinion, and awarded her nearly $10,000.