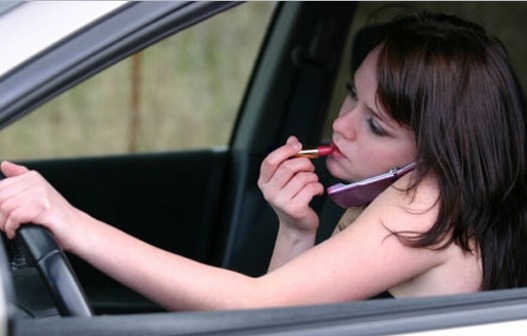 In a distracted driving lawsuit where phone use is the culprit, the recipient of the e-mail or the text message is obviously at fault, and a proper defendant. Drivers must use reasonable care, and if they are not able to pay attention to driving, and that lack of attention causes an accident, then they are responsible for any injuries or damages.

What about the sender of a text message that, when read by the driver, causes inattention long enough to lead to an accident? Does the sender have some duty toward the injured victim, and did the sender violate the standard of care expected of a reasonable texter?

One lawyer, Stephen Weinstein, thinks there might be a case here: David and Linda Kubert filed a lawsuit against text-receiving driver Kyle Best and his girlfriend, text-sender Shannon Colonna. No one can argue that the injuries aren’t significant: Mr. and Mrs. Kubert, riding a motorcycle, each lost a leg in the accident.

Evidence from the New Jersey auto accident lawsuit indicates that the texting couple sent over two dozen text messages that day. The lawyer alleges that the girlfriend knew her boyfriend was driving while she was texting him. Complicating matters, the last text sent was from the driver–indicating perhaps that he crashed while he was typing. So, he wasn’t reading her message at the exact time of the crash, but was sending his own message.

First, even if it is against the law to text, that law does not necessarily translate into an automatic finding of negligence. The girlfriend, while she may have known that the boyfriend was driving, likely did not know what speed he was traveling at, whether he was parked, or whether he was stopped at a red light.

Another question is one of recovery. This lawsuit isn’t practical in most cases for another reason–how will Mr. and Mrs. Kubert get paid? If the driver has automobile insurance, that insurance will be used for the claim. The girlfriend’s automobile insurance won’t be responsible, mainly because she was not driving a car. So, unless her homeowner’s insurance somehow covers this, the only source of recovery will be her personal assets (lawyers don’t usually go after personal assets unless the defendant has a lot of them–one problem is that after substantial verdicts, most defendants will claim bankruptcy rather than suffer the long-term indignity of wage garnishment).

One analogy in favor of liability, though, is to dram shop liability (we don’t have that in Maryland, though the law may be changing). In that case, when a bartender serves alcohol to someone who is clearly drunk and who later gets into an accident, the bartender may be responsible.

Last week the case was before a judge (Judge David Rand of the Morris County Superior Court) on a motion to dismiss the girlfriend. The ruling is pending. My bet is that the girlfriend gets dismissed. However, it’s an interesting and innovative theory of liability, being raised by a smart lawyer. It will be interesting, whatever the ruling.

More on the Text-Sending Lawsuit: