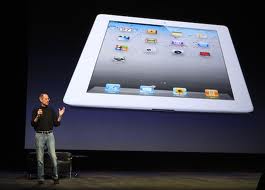 The iPad is great–you know it, I know it. It’s slick. It’s refined. It just oozes “cool.” Lawyers are now starting to use the iPad for work. Many use it to complement their laptops. Some use it now instead of a laptop. It’s even making the rounds at depositions, used to hold thousands of pages of documents and potential exhibits.

Lawyers: there is one way to present your case, and to maintain the ability to walk anywhere you want in the courtroom, with your iPad in hand. The jury will marvel at your grace, and will respect your technological sophistication. Especially compared to the defense lawyer who is using a foam-core blow-up and a slide rule.