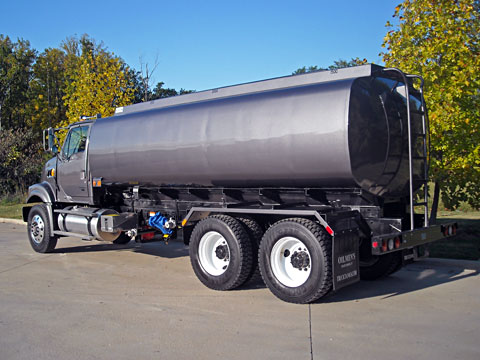 The federal government has closed a loophole that was the cause of untold numbers of trucking accidents. Truck drivers who hauled material to and from oil drilling sites were limited to spending 14 hours of work before resting–the problem is that the former rule did not include time at the drilling site. So, truck drivers could spend 14 full hours on the road, and any amount of time on duty loading, unloading or performing truck maintenance at the site. Other duties could easily increase the time between significant rest periods to 15, 16 or 17 hours.

The New York Times wrote about the problem a few weeks ago, and included heartbreaking stories of preventable deaths. In one, the driver had been working for almost 21 hours straight. The data is striking: one-third of all oil worker deaths are caused by highway crashes, compared to one-fifth in all industries combined. That article may have motivated the Department of Transportation to change the rules, and hopefully save some lives.

Perhaps most disheartening is that the employers sometimes allow or encourage fatigue-related truck accidents:

In court papers, the supervisor of Mr. Roth’s crew and two other workers described how, they said, the company taught drivers to falsify their logbooks. “All you got to do is say that you went into one of the campers and fell asleep for a couple hours, when actually you’re out there working,” Mike Lowther, one of the crew members, recalled being instructed. Mr. Lowther, who was driving, was injured in the crash that killed Mr. Roth, and he is suing the company, as is Mr. Roth’s wife.

The company makes money, and safety of its workers or other drivers is not a concern. Lawsuits like this require trucking experts and lawyers who are familiar with logbooks, federal trucking rules, and the lies that truck drivers and their employers will tell to avoid prosecution.

If you have been hurt in a commercial truck accident, let us help you find out if it was caused by violations of federal law, including sleep and rest rules. We can get you the answers you need. Contact us at 443.850.4426, or online.